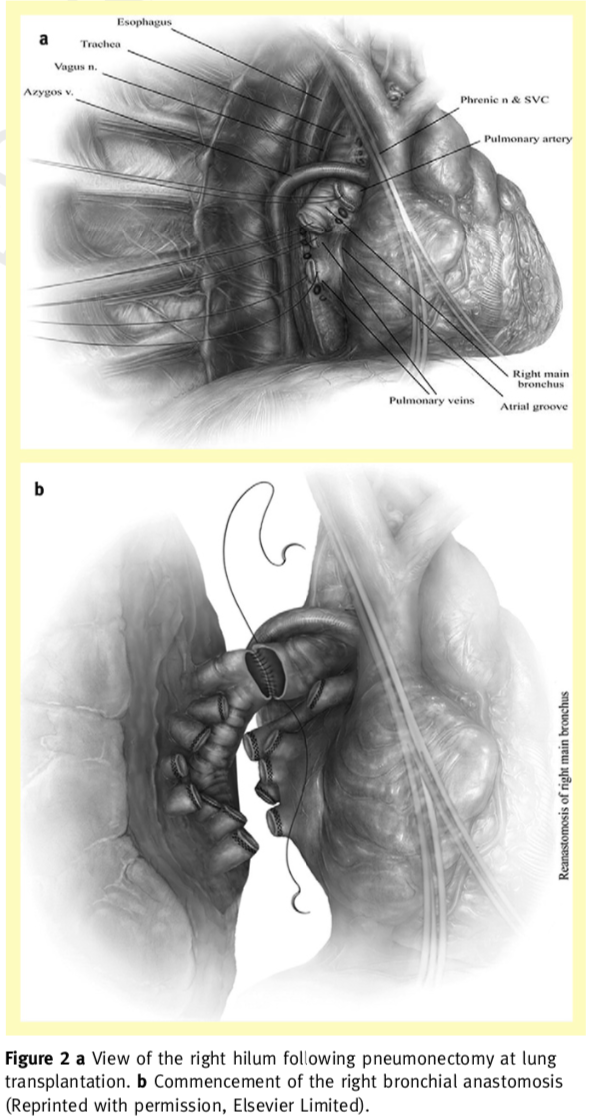 Typically donor-recipient matching takes place on the basis of blood group, predicted and measured total lung capacity, excluding those recipients with preexisting antibodies to the donor’s HLA antigens. The donor lungs are assessed by bronchoscopy. In those heart beating brain stem dead patients, the function of the lungs can be assessed by measuring pulmonary venous gases (PO2) from superior and inferior veins from both sides once the chest has been opened and the donor lungs fully recruited at FiO2 of 100%.9 PO2 of 40 kPa and above, from each of the pulmonary veins sampled, indicates good function of the prospective donor lung. This assessment step is not possible in circulation-arrested donors (Donation after Circulatory Death, DCD). If the donor is deemed to be satisfactory, the patient is prepared for surgery. The timing of surgery is co-ordinated with the timing of organ retrieval. Immunosuppression is given preoperatively, typically, azathioprine and cyclosporine orally 24 h preoperatively as well as the anaesthetic premedication.

The retrieval process may often take place with heart retrieval. After sternotomy, the lungs are examined for appearance and size, palpation for masses, consolidation atelectasis and trauma. Air

trapping, lacerations and bullae are noted. Pulmonary venous gases are sampled to assess function of the lungs. This step is not possible in DCDs. Once this assessment has taken place the aorta, SVC, IVC and trachea are encircled. Heparin is administered. The pulmonary artery is cannulated. Pulmonary perfusate (PerfadexTM) is prepared and the aorta is cannulated for cardioplegia. The lungs are inflated to avoid atelectasis. The SVC is clamped and the IVC divided. The heart is vented through the left atrial appendage. The heart is excised as previously described. The posterior pericardium is incised. The left lung is dissected by division of the left inferior pulmonary ligament, going upwards close to the oesophagus. The descending aorta is transacted then all the neck vessels are divided away from the trachea. The right lung is dissected starting from the inferior pulmonary ligament upwards to the azygos vein. Then all the right neck vessels are divided from the trachea. The lungs are inflated to avoid atelectasis and the trachea is stapled. PerfadexTM is given retrogradely into each pulmonary vein to wash out clot and debris from the pulmonary circulation. The lungs are placed in ice- cold saline and transported on ice.

The least functional lung, determined by preoperative ventilation on perfusion scans, is resected and transplanted first. Replacement of the least functional lung may reduce the need for CPB. Patients for SLT are intubated with a double lumen tube directed to the contralateral side. Patients for BLT are intubated with a single lumen tube unless an off pump procedure is planned. There are a number of surgical approaches to the chest for lung transplantation. A BLT may be done via median sternotomy, anterior thoracotomies (with or without the sternum divided) or separate bilateral posterolateral thoracotomies. A SLT may be done via posterolateral or an anterior thoracotomy. We will describe the usual situation of a BLT conducted via bilateral anterior thoracotomies with sternal division (clamshell incision).

For BLT, the chest is entered the fourth interspace. The sternum is divided horizontally, with a saw. Care is taken to avoid injury to the phrenic and vagus nerves, as well as the oesophagus, and thoracic duct. The pulmonary arteries and veins are dissected free preserving the lengths of the main trunks. The right pulmonary arteries are ligated and transected beyond the first branch to the upper lobe. The vein branches are ligated and divided to save as much length as possible for the recipient atrial cuff.

The bronchus is transacted, the lung is removed from the chest and the field is prepared for implantation of the graft. The pulmo nary artery stump is mobilized centrally. The pulmonary vein stumps are retracted anteriorly and laterally to permitcircumferential opening of the pericardium. Meticulous haemostasis is performed in the posterior mediastinum as this is difficult to reach following implantation. The donor lung is placed into the chest and kept cold with iced saline and slush. The anastomosis is conducted from posterior to anterior in this following order: bronchus, left atrium and pulmonary artery. The donor bronchus is shortened to minimize the risk of ischaemia distally. Ischaemia is also avoided by minimizing unnecessary circumferential dissection of the proximal recipient bronchus. The donor bronchus is divided one cartilaginous ring proximal to the upper lobe bronchus on the right and one ring proximal to the division of the main bronchus on the left. The donor pulmonary artery is trimmed to an appropriate length and the anastomosis is created with running 5/0 polypropylene suture. This is done with precise, small suture bites to avoid any stricture. The atrial anastomosis is completed with continuous 5/0 polypropylene. A Satinsky clamp is placed on the atrium. The ligatures are cut from the recipient vein stumps and the bridge of atrium between vein stumps is divided to create the atrial cuff. The left atrial anastomosis is often the most difficult technically, as the heart is in the way. The lung is partially inflated and the pulmonary artery clamp is loosened momentarily to de-air the lung. The atrial sutures are secured and the clamps are removed. 500 mg of prednisolone is given iv at this point. The suture lines are checked for haemostasis as ventilation and perfusion is restored. An identical procedure is then done on the opposite side.

The use of cardiopulmonary bypass has decreased since the early days of lung transplantation. In the UK it is still used widely. It may avoid haemodynamic compromise as the mediastinum is manipulated and may facilitate clampless open vascular anastomoses. Increasingly in the UK, lung transplantation is conducted without bypass to avoid consequences of coagulopathy, neurological dysfunction, and renal impairment. Specific indications for the use of cardiopulmonary bypass include, haemodynamic instability, inadequately oxygenation or ventilation with one lung, increase in pulmonary arterial pressures with unilateral pulmonary artery clamping, and deterioration of right ventricular function. Full or partial bypass may be used during pneumonectomy of the second lung with implantation of the second graft to avoid perfusion of the implanted lung with the full cardiac output. Patients most likely to require CPB during transplantation are those with cystic fibrosis, primary pulmonary hypertension, and pulmonary fibrosis. For bilateral lung transplant on CPB our preference is to conduct as much dissection as possible before administration of heparin and cannulation. On full CPB both lungs are excised. After the first lung is implanted, it is left in place with the vascular clamps intact and the atrial suture line untied. The lung is packed in iced saline and slush while the second lung is implanted. We use a period of controlled reperfusion to minimize reperfusion injury for 20 min. The PA pressures are monitored and blood is allowed to flow through the lungs with a pulsatile PA arterial trace keeping a maximal PApressure of 25 mmHg systolic while ventilating with room air. After this period there is restoration of perfusion and ventilation with supplemental oxygen.10 Once stability is achieved, CPB is progressively weaned and the patient separated.

These patients are managed in isolation in the intensive care unit. Ventilatory support is carefully managed to limit inspiratory pressures (less than 35 cm H2O) and in the case of SLT keeping peak end expiratory pressures low, to avoid overdistension of the native lung. There is early physiotherapy, and tracheostomy if prolonged extubation is expected, as this improves mobility and expectoration. Fluid, cardiovascular and renal management aims to maintain the patient in a negative balance. There is a strategy to replace volume with blood and colloids and many patients may require vasopressors. Immunosuppression is commenced as soon as the patient arrives in the intensive care unit (methylprednisolone 125 mg 8 hourly and ciclosporine iv).I n the first week, the major complications are reperfusion injury and infection. In the second week, the predominant complications are rejection and infection.

Primary graft dysfunction (PGD) accounts for 50% of the 30-day mortality associated with lung transplantation. It is a syndrome associated with impaired oxygenation and pulmonary infiltrates. Its mechanism is not completely understood but may be due to the level of injury sustained by the donor lung, reperfusion injury, and devices (Figure 3a and b). Their mid-term and long outcomes are less favourable than transplantation, and device failure, thrombosis and infection are still very much a problem.14 To overcome the critical organ shortage especially for lungs, many transplant pro- grammes have relaxed their ideal donor criteria and by using extended-criteria donors, DCDs, and ex-vivo perfused lungs.

Since 1988 the ISHLT has collected data from the majority of lung transplantation centres world wide, voluntarily. In the year ending March 2010, 2769 single and double lung transplants were reported. The mortality rate is highest in the first year. For all lung transplants the half-life reported was 5.3 years, excluding the first year of attrition (conditional half-life) 7.5 years. The 1- and 5-year survival for BLT is 6.6 and 9.9 years respectively and for SLT 4.6 and 6.4 years. These are unadjusted figures. Rates of survival vary for patient age, type of transplant procedure and underlying diagnosis. COPD and IPF are associated with reduced survival probably because of the advanced age of this recipient population and the increased likelihood of receiving a SLT. Best survival is seen with younger patients receiving a BLT, whereas the worst outcomes are seen with elderly patients with IPF and SLT.

As a group, lung transplantation provides survival benefit for patients with end stage pulmonary disease. This is best seen in patients with CF or IPF, and improved survival can be shown within a few months compared to ongoing medical management for individuals eligible for transplantation. It can be concluded, therefore, that transplantation is most beneficial in the preterminal phase of these illnesses. In general patients are listed when their life expectancy falls below 2 years 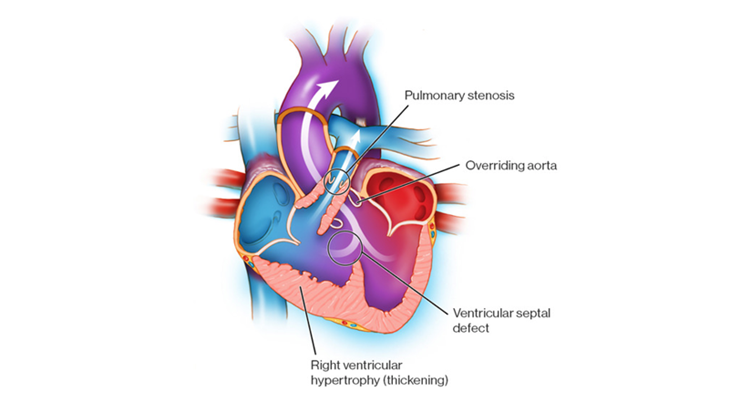 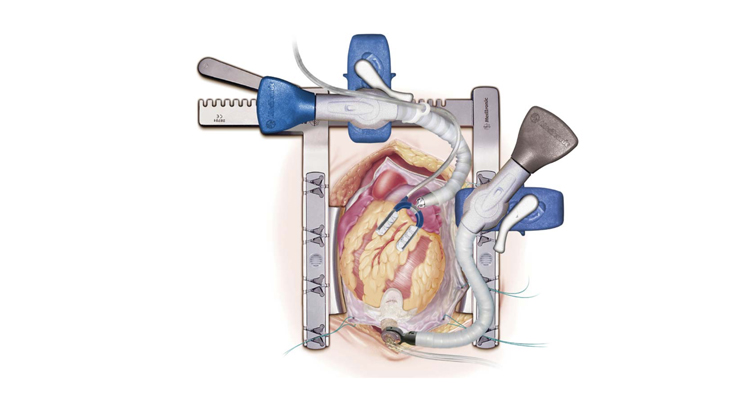 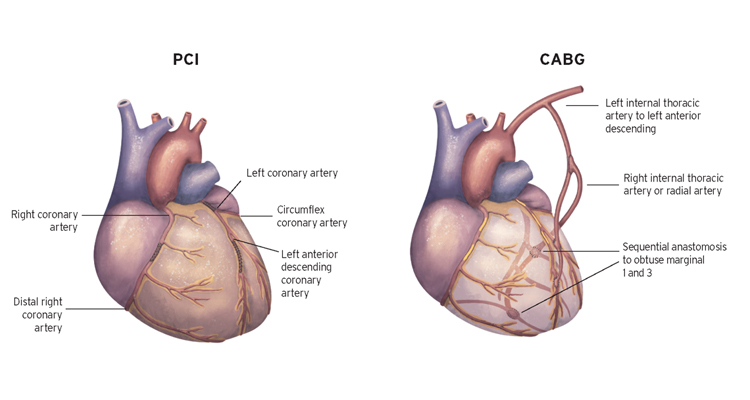 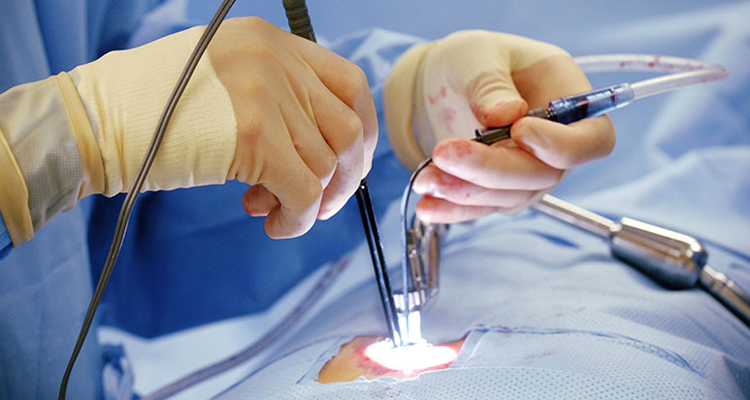 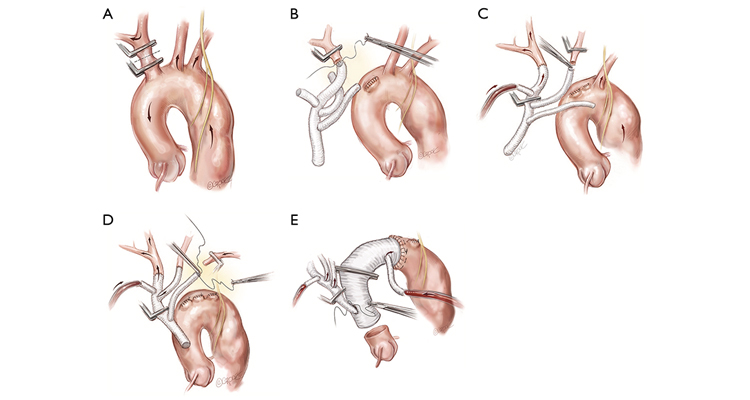 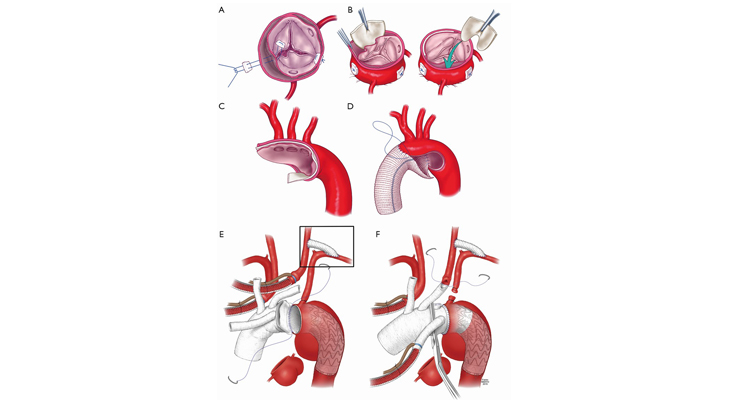 Surgery for TYPE A AORTIC DISSECTIONS 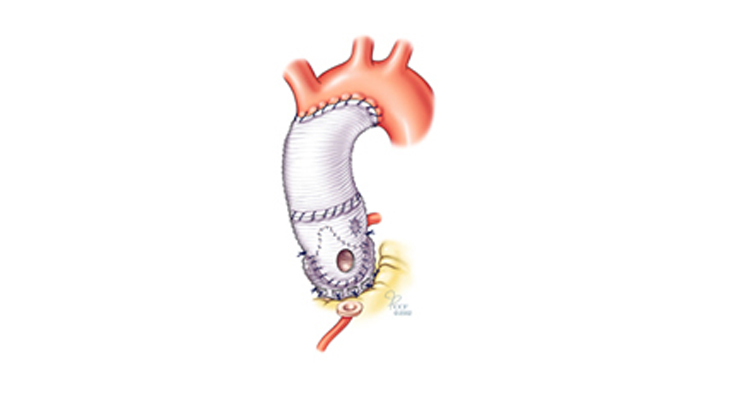 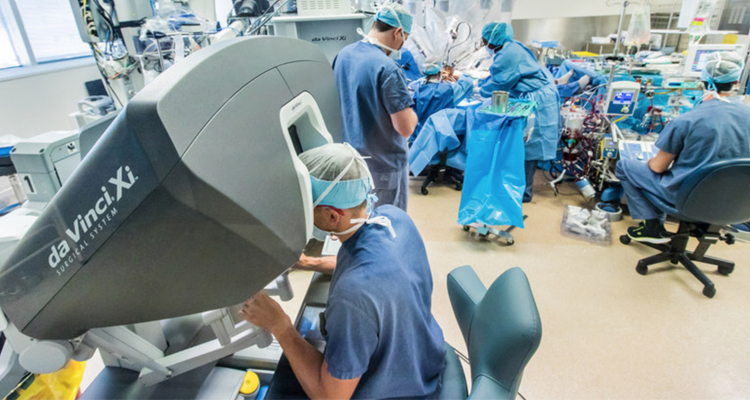 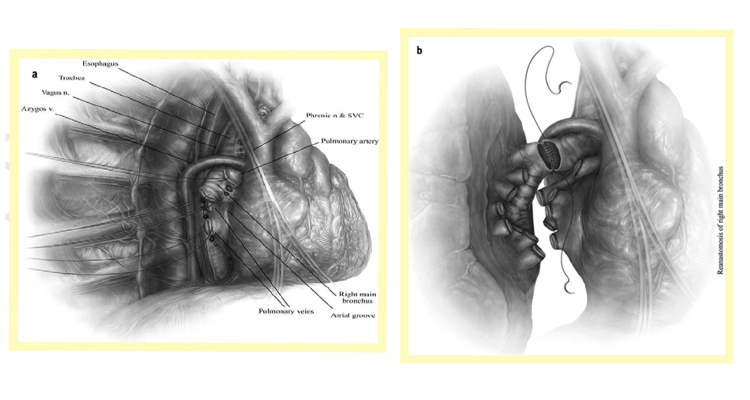 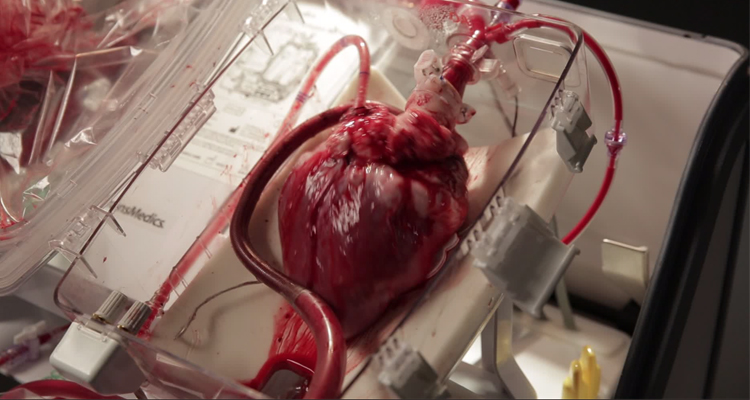 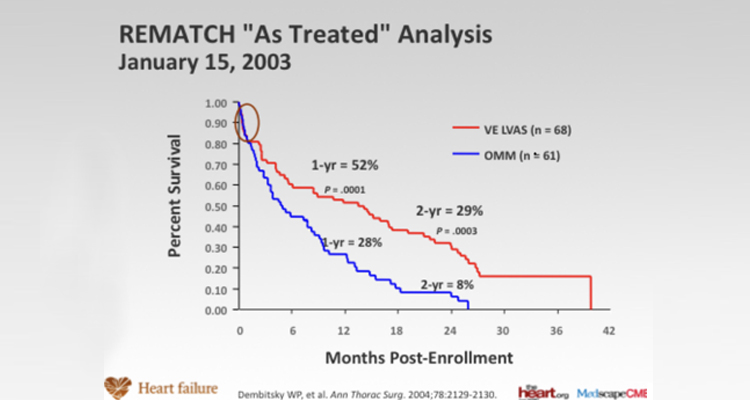 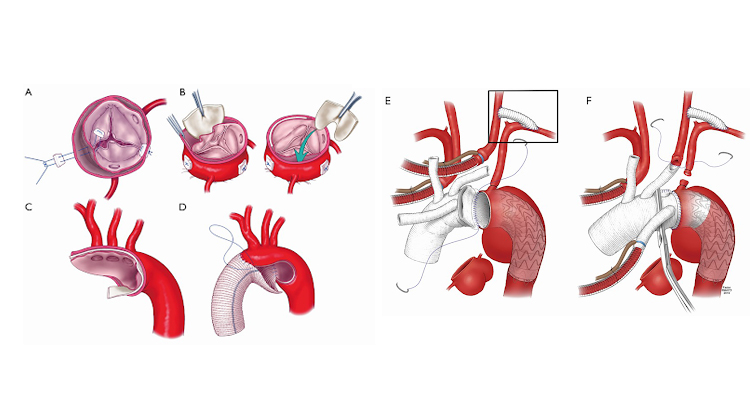 Surgery of the Aorta (Aortic Root, Ascending and Arch of the Aorta, Descending Thoracic Aorta) 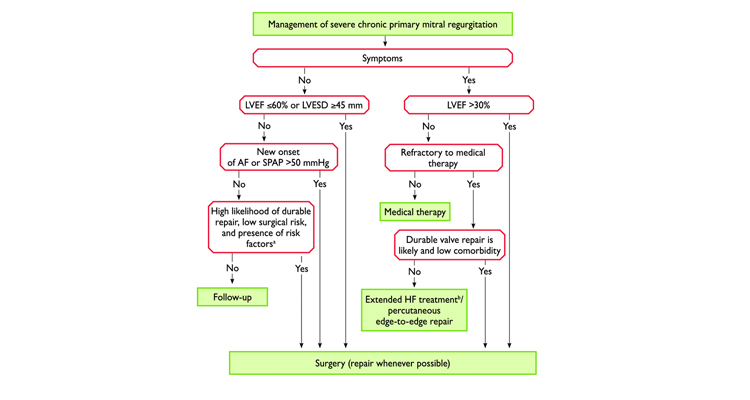 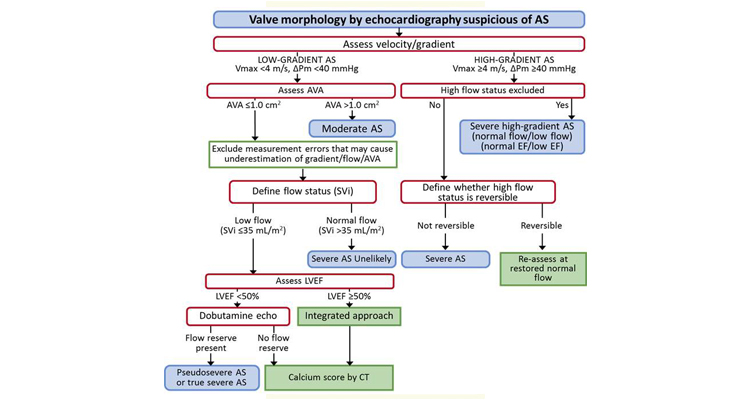 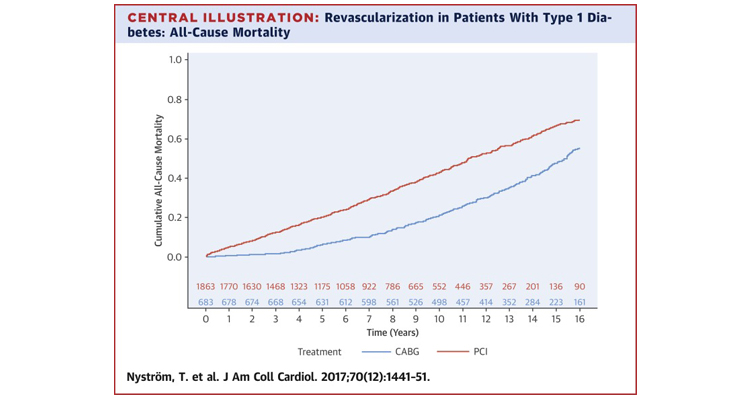 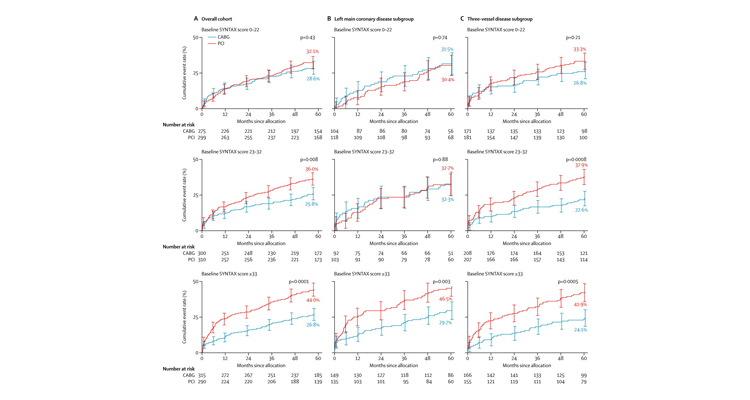 SYNTAX Trial. Why You Should Have Coronary Artery Surgery